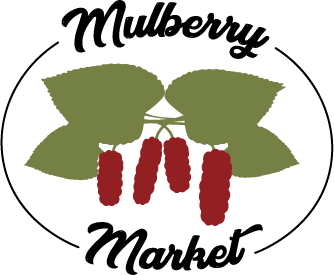 Since its founding over 2 decades ago, Community Health Works (CHW) has worked to improve the health of Central Georgians. CHW fulfills its mission through many different approaches including promoting increased access to healthy, affordable food particularly for economically disadvantaged populations. To that end, CHW stewarded an effort in 2009 that lead to the creation of the Mulberry Market. At its inception, CHW facilitated the acceptance of EBT cards to allow Supplement Nutrition Access Program (SNAP) recipients to purchase food and later, through a grant partnership, enabled SNAP recipients to double their ability to purchase foods at the market.

Recognizing that market prices that are often double and sometimes triple of supermarket prices are detrimental to the low-income residents the market is in existence to serve, CHW has consistently promoted policies to make Mulberry Market more financially accessible to more people. In contrast, a small but vocal minority of stakeholders have persistently attempted to shift the market’s mission by promoting protectionist policies, including erecting additional barriers to entry for new vendors and the coordination of pricing. CHW viewed these policies to conflict with the mission of the Mulberry Market and further exacerbate the plight of the food insecure in the area. The persistent long-standing diversion of missions has remained in check for much of the history of the Mulberry Market through compromises leading to a functional equilibrium.

CHW believes that after unsuccessfully requesting that CHW transfer the Mulberry Market to it in late May, an outside organization, with the assistance of two former CHW employees, conveyed inaccurate information, regarding CHW’s interest in continuing the Market, to a portion of the Market’s vendors community indicating that CHW was disinterested in continuing the Market. CHW believes that the outside organization and former CHW staffers used the turbulence caused by this perceived misalignment of priorities to create an environment where they could more easily unilaterally assume leadership of the Mulberry Market.

On Wednesday, August 10, 2022, after days of promoting that week’s Mulberry Market through newsletters, social media posts and other activities, CHW’s Market Manager arrived at Tattnall Square Park to set up for the market.  She was confused to see the two former CHW employees at their own table in the place where CHW typically sets up.  When she went to the area with her supplies, she was presented with a sealed FedEx envelope with No shipping label and told by the former employees that they “were the new market managers.”  The envelope contained a letter dated July 22nd and signed by less than one third of the market’s vendors stating that effective August 3rd (the previous week’s market), the vendors collectively would seek new management.

Later that day, the group that had previously requested CHW’s permission to operate the market and the former CHW employees made posts on social media purporting to be the new management of the Mulberry Market. The group continued to publicize their management of the market under CHW’s register service mark name of Mulberry Market and various derivations of the name.

After the fact, CHW heard from market vendors who were unaware of the group’s unilateral assumption of the operation of the market.  These vendors were unaware of the fact that another, unapproved entity would be redeeming their market token sales.  CHW has also learned that market customers were likely unaware that that they were providing their EBT cards to a different entity to purchase market tokens rather than CHW which had been providing the service at the same time each Wednesday in Tattnall Square Park since 2014.

CHW felt compelled to take action to stop the unlawful use of the CHW associated name, “Mulberry Market," and the confusion the group was causing among customers, vendors, and the community. For nearly two weeks, CHW’s attorneys worked to resolve this dispute privately in an attempt to avoid tarnishing the Market. The group, through its attorney, maintained that it had not acted inappropriately in its unilateral assumption of CHW’s Mulberry Market.  The group’s attorney seemingly indicated that the dispute was CHW’s fault because CHW did not accept the group’s initial request for CHW to voluntarily hand over control of the Mulberry Market.

Regrettably, CHW was left with no choice but to bear the cost to request the court system settle this dispute regarding the Mulberry Market.

The first step in that resolution occurred on Friday September 23rd. The Bibb County Superior Court, having found that the group's actions represent a significant threat of irreparable harm to CHW and that restraining the group’s behavior will serve the public interest, took the extraordinary action of issuing a Temporary Restraining Order (TRO) barring the group from conducting a farmer’s market on Wednesdays.

We welcome all vendors and customers to return and celebrate the beginning of fall with CHW at the Mulberry Market.

“Therefore, be advised” … “that your client should NOT use the designated section of Tattnall Square Park as any violation will be viewed as direct infringement upon my client’s civil right, as well as your client’s tortious interference with my client’s reservation contract with the Macon Bibb Recreation Department and will be swiftly addressed accordingly.”

This was 5 days after the Bibb County Superior Court issued a TRO against the NHFCO, in large part, to allow CHW to resume hosting the Mulberry Market at the same day of the week, time, and location that it had since 2014.

CHW viewed this email as a legal threat and for the legal protection of itself and those that may participate in the market that day, CHW published word publicly that it will not be holding the Mulberry Market until such time that the court can clarify its order in a way that addresses this civil right that NHFCO asserted.